We are a dependable, experienced contracting company ideally suited for your Oaks residential or commercial remodeling or new construction project.  You can count on our people to arrive on time for work and to be respectful of your environment, furnishings and timetable.  We take special care to protect all surfaces, furniture and floors as part of doing a complete and professional job.

Whether working directly with our customers or contracted through an intermediary architectural engineering firm, we have the capability to accurately execute your plans or provide design / build services in Oaks as required.

Whether you are remodeling or starting a new home or office, we always deal with customers personally to insure we understand their ideas and plans. Also, we believe our customers should understand all aspects of a job so they know it’s being done properly and priced fairly.  Our Oaks clients are continuously kept informed on the progress of their project.

Our troubleshooting experience in Oaks with respect to all plumbing, electrical, heating and air conditioning issues is unmatched.  Our experienced technicians are ready to provide you with the best solution to your maintenance needs.

DCL General Contracting Company basement finishing invites you to contact us at (610) 942-2553 or DCL@comcast.net to discuss your upcoming construction project or service needs. 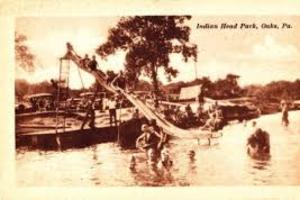 Oaks is a Village in Montgomery County. The two waterways defined much of the
village's early history. In 1825, the Schuylkill Navigation Company completed the
Schuylkill Canal and Brower's Locks at Oaks, and the system was heavily traveled.
The village of Oaks was named after the canal's designer, Thomas Oakes. Later in the
nineteenth century, the railroad largely supplanted the role of the canal. The
Perkiomen Railroad built the Oaks station in 1868. The Philadelphia and Reading,
sometimes referred to as the Reading Railroad, merged the short line as its Perkiomen
Branch. Oaks village cropped up around the station.