Malvern is a Borough in Chester County, Pennsylvania. The area was originally settled by Welsh immigrants in the 17th century who bought land from William Penn. Malvern is the site of the Paoli Massacre, which occurred September 20, 1777, during the American Revolutionary War under the command of General Anthony Wayne of nearby Easttown. In 1835, the East Whiteland Baptist Church moved to what is now its church and cemetery property, bounded by Channing, South Warren, and East First Avenues, and Roberts Lane. Changing its name to the Willistown Baptist Church, this institution then became the First Baptist Church of Malvern in 1900. The church, trains, and a few businesses were the nucleus of this village. Known for a long period as West Chester Intersection, the town’s name was changed to Malvern in 1873 when the Pennsylvania Railroad straightened its tracks through the village. In 1879, the Malvern Friends Meeting was built at the northwest corner of Woodland Avenue and Roberts Lane, followed by the arrival of the Presbyterians and the Methodists prior to 1900. Malvern Borough has a mix of residential styles and neighborhoods, retail and industrial businesses, dedicated open land, and numerous civic, cultural, and religious organizations. Malvern was incorporated August 13, 1889, having separated from the northern portion of Willistown Township. On April 22, 2008, the Borough converted to a Home Rule form of government. In addition to the Paoli Battlefield Site and Parade Grounds, the Wharton Esherick Studio was listed on the National Register of Historic Places in 1973. It was designated a National Historic Landmark in 1993. 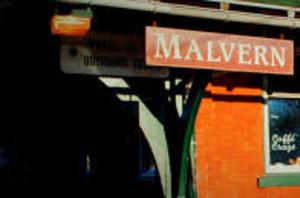 We are a dependable, experienced contracting company ideally suited for your Malvern residential or commercial remodeling or new construction project.  You can count on our people to arrive on time for work and to be respectful of your environment, furnishings and timetable.  We take special care to protect all surfaces, furniture and floors as part of doing a complete and professional job.

Whether working directly with our customers or contracted through an intermediary architectural engineering firm, we have the capability to accurately execute your plans or provide design / build services in Malvern as required.

Whether you are remodeling or starting a new home or office, we always deal with customers personally to insure we understand their ideas and plans. Also, we believe our customers should understand all aspects of a job so they know it’s being done properly and priced fairly.  Our Malvern clients are continuously kept informed on the progress of their project.

Our troubleshooting experience in Malvern with respect to all plumbing, electrical, heating and air conditioning issues is unmatched.  Our experienced technicians are ready to provide you with the best solution to your maintenance needs.